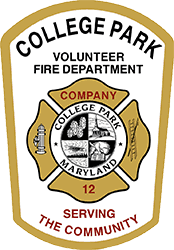 Engine 121 first due to house fire in North College Park

(COLLEGE PARK, MD) – This morning at approximately 1119 hours, Public Safety Communications (PSC) received a 911 call for the report of a house on fire in the 4800 block of Erie St in the Daniels Park neighborhood of College Park within Company 11’s (Branchville) first due. Engine 121 was dispatched as the first due engine on the box alarm. Ambulance 127, Chief 12, and Chief 12B also responded on the call. Just moments into the response, units from Company 12 could see a large column of smoke in the area of the reported address. Shortly thereafter, Engine 121 arrived to find a 2 story Cape Cod with fire showing from the 1st floor. Chief 12 took command of the incident, and Engine 121 stretched a line to the 1st floor to extinguish the fire. Crews conducted searches throughout the dwelling with negative results. Company 12 operated for approximately 2 hours before returning to service. Engine 121 responds to fire on balcony of College Park apartment